“I think of voting as a chess move, not a valentine.”
-Rebecca Solnit, feminist writer and organizer

Democratic Socialists of America (DSA) is a nationwide organization of people who are committed to social justice and compassion. One of our goals is to help to elect political candidates who will build a humane and democratic society.

We believe that we can make this a better world by treating everyone fairly and running businesses for the good of the people. We are not a political party. We do not run candidates, and we often endorse candidates who do not identify as democratic socialists.

The Ventura County chapter of DSA (DSAVC) presents the following endorsements. We hope you find them useful as you make your decisions. 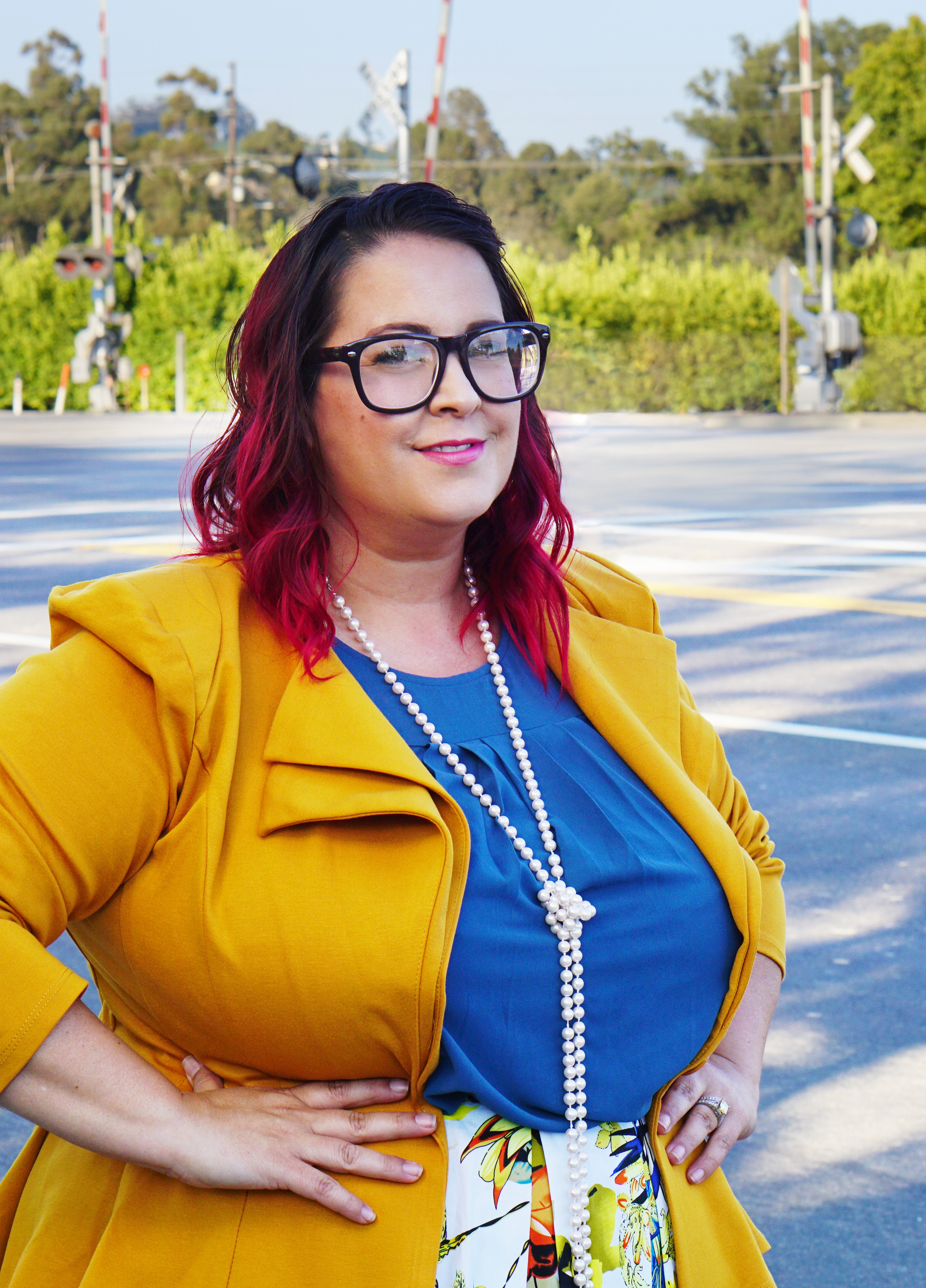 Tiffany is a dedicated member of our community who believes in Camarillo! She is running for the District 3 Camarillo City Council seat against incumbent Kevin Kildee, who's been on the council since 1996. We are proud to support Tiffany's bold vision of the future to improve this wonderful city in Ventura County. Tiffany is dedicated to racial justice, environmental stewardship, and community organizing. Recently, she helped to organize the Keep Families Together and Lights for Liberty marches in Camarillo, fought for clean energy across Ventura County, and has worked with local legislatures and leaders to work towards environmental justice, healthcare for all and fair contracts for hard-working people in our communities. If elected, Tiffany would be a strong voice for justice in our community.

Many overlook the importance of the County Board of Supervisors. However, the Board of Supervisors oversees a budget of more than $2 billion, which finances public safety, public health, justice, and services to protect vulnerable children and adults. 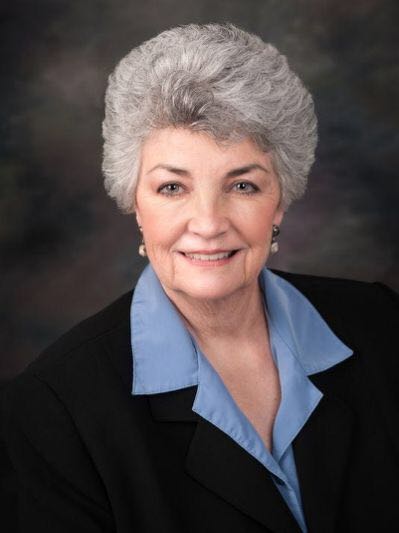 As is said, as California goes, so goes the country. Representatives in the house write and sponsor legislation that may become federal law. Electing a progressive California delegation will help to realize policies like the Green New Deal and Medicare for All. 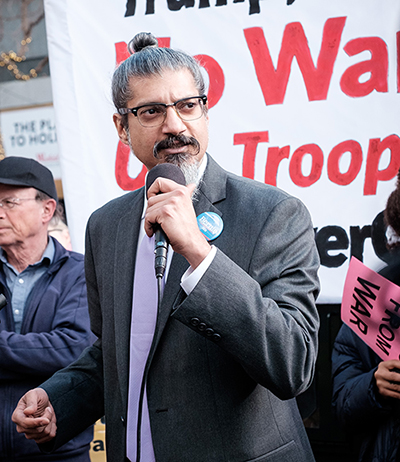 As a California Chapter of the Democratic Socialists of America, we are proud to endorse Shahid Buttar in his race for CA-12. Shahid embodies the values of democratic socialism. As a fervent advocate for freedom of speech, social justice, and democracy, we believe in Shahid’s resolve to fight for those who can’t fight for themselves. His opponent, Nancy Pelosi, stands in stark contrast to our progressive values. Pelosi has criticized ‘Medicare for All’ and the ‘Green New Deal’ - ideas that are overwhelmingly popular with the majority of voters. The United States is facing our greatest moment of uncertainty yet. Our fellow Californians have the opportunity to elect a leader whom we can trust to fight for working class people - Shahid Buttar.

By a unanimous vote, our chapter adopted the following resolution in support of California Prop 15. 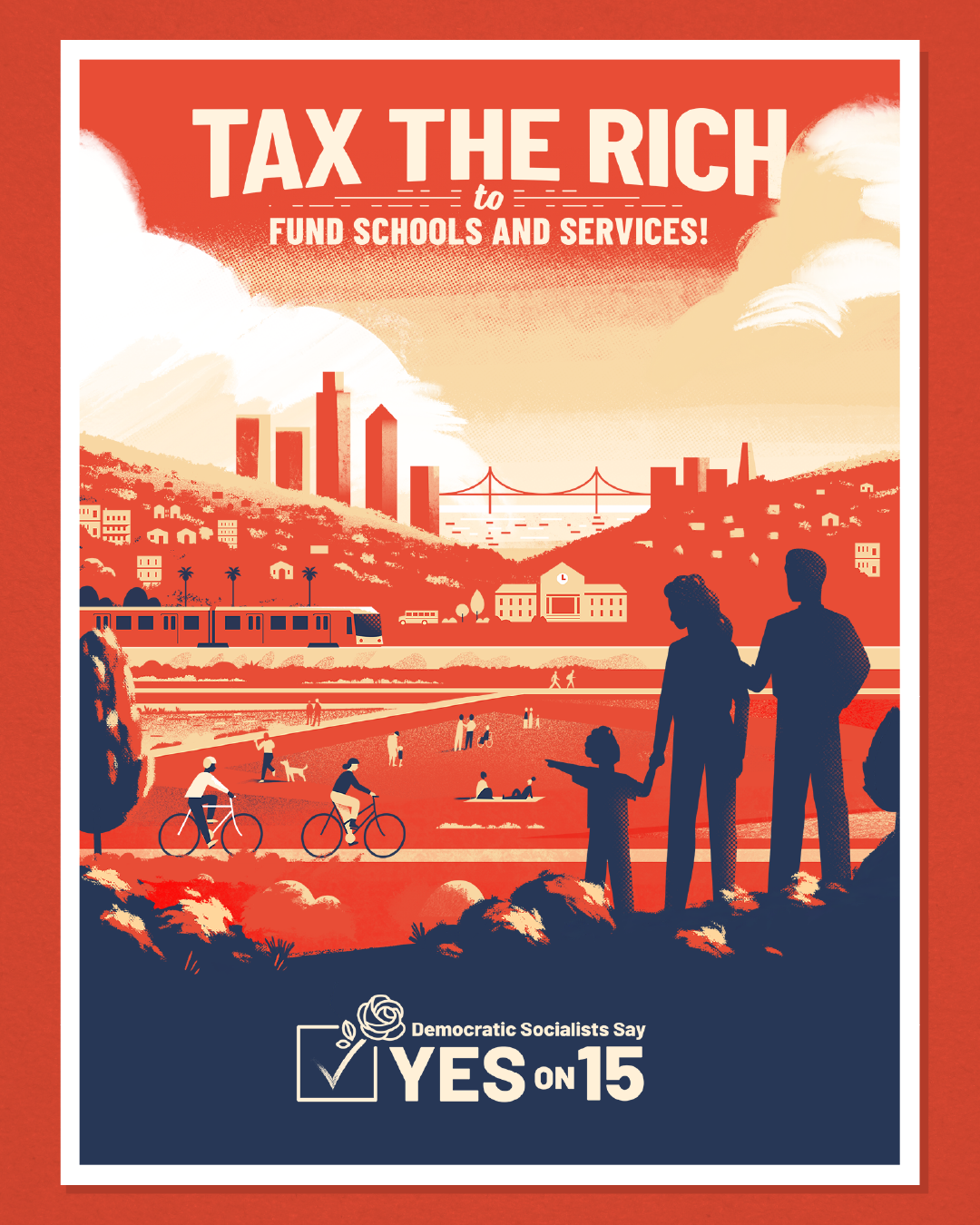 The proposed California Schools and Local Communities Funding Act of 2020 (SCF) will tax large land-owning corporations to raise over $11 billion in revenue for public schools, community colleges, and local governments throughout the state. In the context of the current pandemic-induced economic Depression and the predictable impending calls for fiscal austerity, winning SCF is now even more necessary.

Whereas, Proposition 15, the California Schools and Local Communities Funding Act (“the Act”), backed by a broad coalition of labor unions as well as progressive activist organizations, will be on the November 2020 California ballot;

Whereas, the Act would tax large land-owning and land-leasing corporations to raise over $12 billion for public schools, community colleges, cities, counties, and special districts in locally controlled revenues for affordable housing, parks, libraries, emergency responders, health and human services, libraries, and public infrastructure throughout the state;

Whereas, the Act reforms elements of Proposition 13, a 1978 measure that was both a real and symbolic blow to the welfare state, fueled racist stereotypes of social programs and urban poverty, and foreshadowed a national anti-government movement that propelled Ronald Reagan to the presidency;

Whereas, the Act gives Ventura County DSA an opportunity to build on the momentum around education created by the teacher strike wave and use this campaign to strengthen coalition relationships with teachers’ unions, grassroots organizations, other California DSA chapters, and elected officials or candidates in support of the initiative;

Therefore be it resolved, that Ventura County DSA join many other California DSA chapters who have already endorsed Proposition 15, the California Schools and Local Communities Funding Act of 2020 on the November ballot;

Be it further resolved, that the chapter help publicize campaign events through its official communications channels and shall devote chapter resources during the 2020 general election cycle, should that cycle not be disrupted, to campaign for the Act, including direct voter contact, member-to-member contact, digital media, and educational events.